Generators come in handy whenever you experience a power blackout. With a generator on you can power on your household appliances like freezers, cookers and use them for lighting and electronic charging.

For some homes the main form of generators is the standby one that is bulky and that kick on automatically whenever there is a power outage. Portable generators are mid-sized and can be carried around. This makes them excellent for outdoor events and connecting to your RV. The generators are also easy to operate and maintain and produce less noise. In this review, we check out two predator generators and tell how they compare against each other.

What are the differences between the Predator 2000 and Predator 3500? 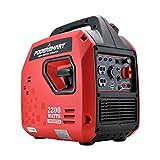 The predator 2000 is a 79.7cc 4-stroke engine that has a running watts of 1600w and a starting wattage of 2000w. The inverter generator is fuel efficient and portable hence making it highly suitable for use in RVs, camping trips and as a backup generator for small households.

The predator 2000 can be connected to a similar unit for more power. It has a noise rating of 65dBA which may make it slightly more noisier than comparable portable generators. To get it starting you will need to activate the traditional pull and start mechanism. On a full tank of 1 gallon the generator is capable of running for 12 hours and has a modest fuel consumption rate of 0.08GPH. You can also plug in your sensitive electronics as it as a clean sine score of <5% Total Harmonic Disruption.

The generator comes with two AC outlets offering 120V 20A. You also get a DC outlet. The Predator 2000 is lightweight weighing in at 47lbs. It is a generator one person can carry around. The generator does not have a digital information display but you do have several indicator lights like for when the generator is overloaded or when oil levels are insufficient. It also comes with a built-in fuel gauge that allows you to know when you are running low on fuel. To protect the generator you have an automatic low oil shut off and overload protection. The Predator 2000 is CARB compliant and EPA approved and this means you can use it in all the 50 states. It also comes with a spark arrestor for use in forested areas.

The predator 3500 is a 212cc 4-stroke OHV engine that is capable of a running watts of 3000 and a starting wattage of 3500w. The popular generator is sort after by RV owners, for outdoor recreational activities and as a backup for occasional blackouts. The generator is highly portable with double handles and transport wheels and this makes it ideal for moving around.

The predator 3500 is parallel capable meaning you can connect it to a similar unit for more power. The generator can be started in two primary ways – the easier way via an electric starter and the traditional manual way with a pull and start mechanism. The generator has a noise output of 57dBA which is decent for operating most of your appliances.

On a full tank of 2.6 gallons the predator 3500 is capable of a run time of up to 11 hours. It is also very fuel efficient with a consumption rating of 0.24GPH. This makes it an ideal generator for running your household. The predator also produces a clean sine wave of score of <5% THD which is quite good for handling some of your sensitive electronics.

The Predator 3500 comes with 3 AC outlets; you have two 120V 20A outlets and one 120V 30A. You also get a DC outlet. You can connect the generator to your RV via a LR-30P to TT-30R adaptor. As stated the predator 3500 is quite portable due to its movable wheels and its lightweight design. It weighs a decent 99.2lbs. and can be lifted off the ground without much strain.

To help you manage your generator there is a well laid out control panel with a digital display that gives you information on your voltage, power output and lifetime run hours. You also have a list of light indicators for your oil levels, when your generator is ready for use and when it is overloaded. You also get a built-in fuel gauge that gives you information when you are running on low fuel levels.

Security wise you are safe with the predator 3500 as it comes with an overload protection feature, and automatic low oil shut off. You also get a spark arrestor for those times you use the generator in forested areas. The predator 3500 is CARB compliant and EPA approved.

The run time hours not that long

Does the predator 2000 come with a digital display?

No, you find this feature in the predator 3500 but you do get various light indicators

Can I listen to music while operating my predator 3500?

Yes, you can as the generator produces less noise than other standby generators